A funny thing can happen when you’re on LSD. You’re on it for so many hours that it starts to just feel “normal”. Like, you kinda think “man, I’ve crossed over — this is my life now. This is how my brain works now”. It’s not a scary feeling — unless you’re a paranoid person, I suppose — it’s more of a euphoric feeling. You’ve got tingles all over your body. Everything looks cool and wavy. You’ve got 1000 thoughts a second racing through your brain and they’re all new thoughts, shit you’ve never thought about before. You’re giggly, and smiling, and relaxed. It’s because of that feeling that you want this to be your new life and mindset. When you’ve, like me, done acid enough times, you jokingly plan elaborate schemes to maintain a life on acid.

I remember talking on the phone with this girl I was into, and we were both tripping, but too far away from each other that night for one of us to drive to the other. We were saying things like “this is how life should be, all the time”. Over the course of 40 minute conversation, we came up with this (hilarious at the time) idea that we needed to rob some bank or other, buy a few bibles worth of LSD 1the conversion is this : 1 tab = 1 hit (or dose). 10 tabs = 1 strip. 100 tabs = 1 sheet. 10 sheets = one book. 10 books = 1 bible and ride off into the woods to fuck, and drop acid, and take over the world. I wish I remembered who that girl was, or why we never hooked up. Anyway, that’s an example of one of the funny/crazy ideas you float to other weirdos when you’re tripping.

It was under the assumption that people knew I was kidding when, tripping on the 4th of July, I told the 3-4 friends sitting with me in my room “we should just have a fucking FRY FEST. Just invite, like, 20 people over here and we’ll fry balls for like 2 days man! … AHAHAAAaaaaaa”. We all laughed about it (emphasis intentional) and our conversation wandered on to other things.

The following weekend – July 11th – I walked out into my living room to find a few of my friends gathered around on my couch. “So, we’ve got about 10 more coming around 7pm and then.. I think, like, 5 or 6 sometime after that…” and I stopped my friend, in disbelief. “WHY are all these fuckers coming over?”. As if it were a sitcom, they answered all at once : “FRY FEST!”.

I’d made a huge mistake.

But… I do love a good acid party. So, “fuck it, let’s do this!”. Thankfully, one of them had already ordered a hookup, and he’d be arriving within the hour with 3 strips (30 hits). I hate being the one to have to deal with the drug dealer, but I had cash on me and it was my place and — reluctantly — my idea in the first place. When he arrived, we just took a brief walk around the complex, slappin’ low-fives and high-fives like lunatics who think they’re being clever and discrete. He was a cool enough guy, nothin’ too sketchy, so all was fine. I had enough acid for what was about to transpire. Back up to the apartment I went, and walked in to declare victory : “WHOOOO’S READY TO FRY!?” — big applause all around.

I had to tell my roommate, Jim, that we were having a Fry Fest and he said “go ahead man, I’m gonna do shrooms on this side of the apartment” and he invited over most of his band and a few other friends. I think 5 in total. I also called my friend Sean and asked him to kinda run security on the joint. My instructions were to “heed the rules, don’t drop acid, and try to stay sober enough to keep track of people”.

The Rules were as follows : 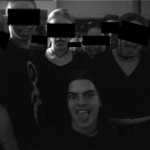 It should’ve been simple. Just 23 casual freaks (only about 10 of which I actually knew personally) on acid, another 5 on shrooms, and 2 or 3 drinking heavily. In a 2-bedroom apartment in suburban Phoenix. What could possibly go wrong? 2…cue every 80s comedy film. We took a photo with my computer to commemorate the occasion, and tried to pack everyone we could into the frame. The idea was to just show “look, we’ve all got LSD on our tongues!” cause, otherwise, why take the photo? Since I was the tallest, and in charge of clicking the mouse button to take the photo, I was on my knees. I’ve blurred everyone’s faces out because some of these people are, like, professionals now and/or have actual families and shit.

As people filed in throughout the night, they were instructed to “See the Reverend”. I’d stand still and straight, like a priest, say “are you prepared?” – they always nodded – and I placed the tab on their tongue and said “…and may you enjoy your time in hell” cause I’m a weird fuck like that. For nights like that – acid nights, that is – I had no light on in my room and just a single red bulb turned on in the bathroom. That was all the ambient light I needed or wanted. When I did this “communion ritual”, I was placed directly below the red light in my bathroom, giving me an ominous, shadowy face. I don’t know if I freaked anyone out, but it was fun to do anyway.

The party started out great — everyone was just chillin’ on one of our couches, laughing, talking, a few people were makin’ out, a few girls wandered into my room for brief makeout sessions, it was a ball. Sean was still sober, and no one had broken any rules. I tempted the fates when I said to Sean “see? you might think 30 people out of their minds on drugs in a 2-bedroom apartment is a bad idea, but this is fucking awesome!”. He laughed, and said “sure, for now…“. Making a joke, of course. 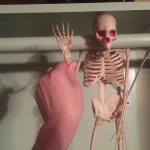 At some point, a friend of ours wandered through and suggested we go to Denny’s. This would make more sense if I’d told stories about Denny’s first, but suffice it to say that he was referring to a specific Denny’s, which was a classic hang spot — almost legendary. I don’t know why I agreed to go, cause I fucking hate the outside world when I’m on acid. But I relented, and I went. I brought Slappy Joe with me for “protection”. When we arrived, I was already not into this idea anymore. But I walked in anyway. And I bumped into a cop. Literally bumped into a cop in the entryway. I said hello. More specifically : I said “hello” by pushing Slappy Joe in his face and using my Slappy Joe voice 3that ranks it amongst the, if not the single most, stupidest thing I’ve ever done on LSD. Or maybe in life. He just stared at me. I said, through Slappy Joe, “I need to go” and I walked back into the parking lot and stashed Slappy under my friend’s car, like it was fucking contraband.

I went back into the Denny’s and that same cop kindly opened the door for me as he was leaving. When I walked in, it was too bright, and there were friends from years’ past sitting around in the usual booths we all used to occupy. It was like they never left high school. The whole thing was a weird, bad trip for me. I told my friend we needed to leave, but he was doing that “nah, c’mon man.. it’s cool”. I had to pull him aside and say “listen, I know I’m not in danger. I’m just uncomfortable. I don’t wanna be here. I want to be home, where it’s dark and comfortable. Not here, where it’s sad and bright and there’s a bunch of people from my past who aren’t currently tripping balls”.

He finally relented, and drove me back home. I walked in, some friends (like The Boob) asked where the hell I went. When I tried to tell them I said “hello” to a cop with Slappy Joe, they thought I was making it up. Thankfully, the fully sober friend who did all the driving for that ill-advised adventure told them “yup. he… fuckin’ talked to a cop through a rubber skeleton puppet”.  My friend left shortly thereafter, and I went back into my room.

I decided to unwind a bit and write some lyrics or just freeform thoughts. What I’d do is sit in my empty bathtub, under the red light, and sort-of speak in tongues in a low, growly voice. It sounded even cooler echoing off the walls in the bathroom. Most people avoided going near my room because of that, which wasn’t really my intention but it kept out the strangers. A few friends would come in, chill with me, and we’d have crazy conversations about anything and everything.

I was left alone for a bit there. Could’ve been 20 minutes, could’ve been an hour, but I wrote some long-winded rant that seemed to make a lot of sense at the time. I’ve read it since and it’s just blathering nonsense from an egomaniacal head trip. Because I’m often embarrassingly honest with you people, here’s a sample paragraph from the rant :

But I try not to worry.  I think that’s all anyone’s doing.  Trying not to worry.  And going about their worthless lives and caring about other people’s worthless problems, and driving worthless vehicles, and never seeming to stop and think why.  And why would they? they’ve got everything they’ve ever needed, right?  but, what does anyone really need?  nothing.  And all of these bloodstain streets and tattered clothes on your desolate wastes you call cities will one day fall down. And, that is where you stop and ask yourself the eternal question…why?  Why have you bothered to make sense of all these people and all of these places for all this time? and why did any of this ever happen, and why were the beginnings of life ever started?  But, perhaps the question you should all ask yourselves is “why have I waited until there was nothing left to wait for before I thought about it all?” oh well…. I suppose that’s your hell now.

When I finished that shit-ass opus 4which I’m still just red-faced embarrassed to read, much less post, but people appreciate honesty I guess, I felt refreshed and I just wanted to sit in my empty bathtub and speak in tongues. That’s when I heard a loud bang. And everything changed. 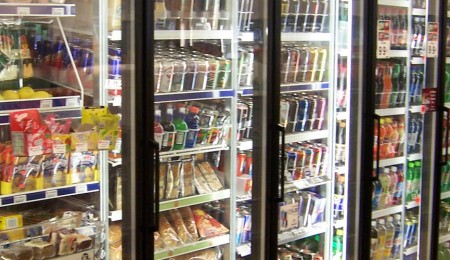 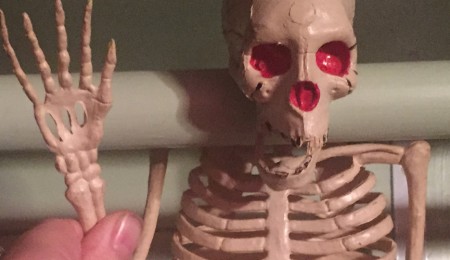 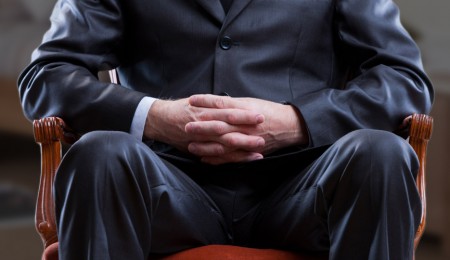 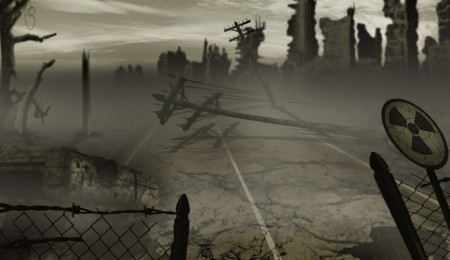