It’s difficult to summarize an entire year of one’s life into little 5-7 minute pieces, but there’s a lot to cover. There’s also a lot of shorter stories in between, which I’ll definitely end up telling separately. This series of posts is more of an overview. Or, perhaps, the bloodstream of the body of stories that occurred while I lived in Seattle. It wasn’t all bad, by any means. If I were suddenly dropped back to 1999, sitting in my shithole apartment while Andrew tried to convince me to move to Seattle, even knowing all that would happen while I was there, I would still go. It wasn’t a mistake. It was a learning experience.

As spring was turning into summer, things with Chris, and the house, started getting more and more difficult for me to deal with. Andrew, Shane, and I were the only ones in the house holding down jobs, so Andrew and I pretty much paid the entirety of the rent. Shane handled food and band funds. Chris was upset that I wasn’t putting in more for food and such. He’d do passive-aggressive shit like making incredibly spicy chicken burritos, make me wait my turn to load up my burrito, then dump more hot sauce on the remainder of the chicken. It was inedibly spicy, even if I had a gallon of milk to wash it down. I was uninvited to most house outings, often with the response being “don’t you have work to do?”.

Andrew started working with his dad, first as just another of our clients, and then into a whole ‘nother realm of business. His dad had contacts in China, and FrogFaith started getting into the business of helping small american businesses export their manufacturing to Chinese factories, and we’d take a cut of the initial setup cost. I wasn’t pleased with this development, and though I did almost nothing to help facilitate it, I also did almost nothing to stop it.

As luck, or fate, or whatever you want to call it would have it, Cheyenne called me one afternoon to say she wanted to move to California. You’ll recall in Part 1 that I mentioned her father’s untimely death just as I was leaving for Seattle. Now, almost a year later, the dust had settled and she and her sister were splitting the insurance money they received from the woman whose vehicle hit a median and crashed into the front windshield of his car. The lawyer took $300,000 off the top 1which seems fucking absurd. It was an open and shut “accidental death” clause in her car insurance policy. There was just mild paperwork … Continue reading and Cheyenne and her sister each received $350,000 of their own. Cheyenne had always wanted to live near Disneyland, and decided it was time for her to pack up her shit and do that. She was going to try and become an actress (she was really quite good in the art-school play I saw her in prior to her graduation), and she saw Phoenix as a wasteland of bad memories. I told her I felt the same about Seattle. She asked me to move with her California. I agreed.

When I told the band that I was moving out and going to California, things got more tense. Andrew felt like I was abandoning our company. Chris thought I was weak and taking the easy road out instead of trying to build a new life and not rely on old friends for help. The rest of the band either didn’t have an opinion, or didn’t express it for concerns of Chris’s wrath. Throughout the next few weeks, I was further pushed from the inner circle and I ate all my dinners in the lobby of fast food joints or at Denny’s. Since I didn’t have my own car and the only the “inner circle” were allowed to use one of the cars belonging to “the house”, I had to walk everywhere. Thankfully, it wasn’t raining as much any more, and Seattle is fucking beautiful when it’s sunny.

Chris had come up with a plan to borrow money for the band from an individual investor. They had me draft up several copies of a promissory note, changing names on each one, and varying the amounts. They were asking for $10,000 and ended up finding one guy — I think he was a childhood friend who was in town on business — to give them about $2,000. The money went pretty quickly into quirky guitars and some other new equipment and printing up new flyers and other merch. Andrew finally sat me down and asked if FrogFaith could give them a loan. We had about $6,000 left in the account, and I needed my share of it to get out of Seattle and get setup in California. I told him “absolutely not”, and he said “well.. that’s unfortunate”. Chris stood in my doorway that night and gave me a lecture about loyalty and “all the favors the band had done for me”, lambasting me for abandoning everyone for my own “selfish pursuits”.

I broke down. I couldn’t take the verbal abuse, being treated like an alien, feeling like a second-class citizen. I relented $1,000 towards “the fund” and got a modicum of respect for it. But, mostly, Chris stopped fucking yelling at me.

Andrew then asked for his share of the remainder of the account, so I cut him a check. Over the next few weeks, everyone — including Andrew — refused to pay for anything. Electric bill, power bill, food, groceries, gas, everything. Andrew said “don’t worry, man. I’ll get you back”. I had little choice in the matter by that point. By the time Cheyenne flew into Seattle to help me pack up the U-Haul and drive with me back to Phoenix, I had about $900 to my name. A year in Seattle had netted FrogFaith close to $40,000 and by the end I had almost nothing to show for it. We weren’t even in the web design/development business anymore, Brad had long since cut us loose (so he could, ironically, move to Phoenix), and I was in no position to try and drum up last-minute clients.

The last week I was there, I went to an online dating site and updated my profile to say “I’m leaving Seattle in a week, but if you want to have some fun – hit me up”. The last weekend I spent in Seattle, a girl drove 100 miles to my house and we fucked like rabbits throughout the night and part of the next morning. It was a nice little send-off. 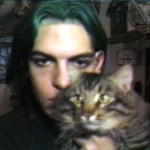 Throughout this whole journey, I had a cat with me named Anton. I’d adopted him from a friend as a kitten when I was still living in Phoenix and I carried him with me everywhere I went for the first month or so 2I even took him to an LSD party and he was the best fry toy ever. Chill as fuck, just curled up in a ball in my hand. We were really close, and he looked a lot like Bouschka. In the warmer months, he liked running around our neighborhood and he’d go away for 3-4 days at a time. When I was just a few days out from moving, I closed my window and put a sign on my door “KNOCK FIRST, SO I CAN SECURE ANTON”. I knew if Anton got out, he probably wouldn’t come back before I moved. Two nights before moving day, Andrew swung open my bedroom door to “ask a quick question” and Anton bolted out, jumped through the kitchen window and went exploring. I left my window open and a trail of cat food leading into his cat carrier, hoping maybe he’d come back before I left. But he never did. I hope he lived out the rest of his kitty days playing around in the wild and getting fed by friendly neighbors. I’ll always feel guilty about leaving him, but… what was I to do?

I packed up the truck with Cheyenne, and we hit the long road to Phoenix in the early morning hours of July 11th, 2000.

I saw the guys about 3 years later when they were in town on a tour. Pat had moved back to Phoenix and Christine was doing rhythm guitar and backup vocals. Andrew was still working with his dad, and had a second apartment in China to handle all the meetings he had to attend out there. I Googled around last night to see what became of them and it looks like they all moved back to Phoenix for a few years, then went back to Seattle in 2008. They changed band names, Christine became lead vocalist, and they rotated band members and duties. Christine seemed to stick with him until around 2010. Pat seemed to have left a little while later. Chris and Shane started another band, or maybe two different bands (it’s a little unclear), but as of about a month ago it seems like Chris has a whole new 3-piece band with none of that original cast. They actually sound pretty good. It’s funny he’s gone into heavy metal-and-pentagrams territory. He used to make fun of me for shit like that back when we lived together, and thought my being a Satanist was “trying to get attention and be rebellious”. I’m sure he’s different now, and — like most of us — looks back on his early 20s with some embarrassment. He still was, and is, a talented guitarist and vocalist.

My year in Seattle was an eye-opening experience for me. I learned who I am without the influence of people who’d known me for years. I learned what I’ll put up with, and what mattered to me. I learned how to deal with difficult people, how to deal with difficult situations, and how to keep a cool head in times of extreme pressure. I learned how to recognize, and avoid, manipulative people (and I’ve gotten very good at calling them on their bullshit early on). I even learned a thing or two about business and the importance of keeping clients happy.

I eventually found my home. It’s here in Los Angeles. Where the fucking sunshine is. 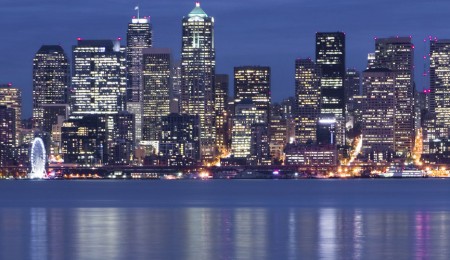 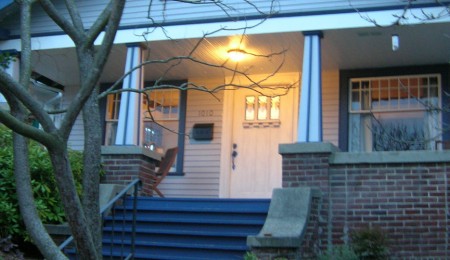 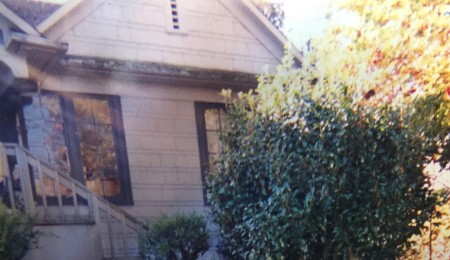 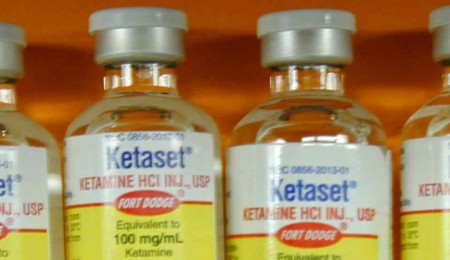