In the first few weeks (maybe 2 months, actually) of Aural Salvation, I had to fulfill the interview obligations of my former co-host : Crazy J. Since I’d taken over his time slot and was, ostensibly, covering the same genre of music, bands who’d been expecting an interview with the station — MusicPlusTV.com — for whom I was hosting a show.

I’ve known, and encountered, quite a few people in my life who were basically talentless hacks but they also had no scruples about talking big game. It’s amazing how far an inflated sense of yourself, coupled with the gumption to keep going, will take you in life. It won’t get you to the top, but it can get you far. You can find this all the time in the arts — people who aren’t actually talented, but they’ve got a great PR team (or are the head of their own PR team). Does anyone ever say “yay! Gwyneth Paltrow is in this film!”? No. Not unless they’re a family member, or Gwyneth herself. She’s got a whole “lifestyle magazine” empire and I’ve still never met a single person who’s thought “yeah, Gwyneth Paltrow is who I trust for fashion, decor, shopping, and dating advice”. But, she’s got the PR team and the audacity to keep right on going like people give a shit. 1That’s the only example of a person that you’ve heard of. But, if you move to LA, I could introduce you to 1000 more

Crazy J was one of those people. He talked himself up to be quite a “thing”, and did a lot of leg work to get bands from all over the world to stop by and have an interview with him. As I’ve mentioned before, he was a terrible interviewer and had no following, fans, or any of the other things he dreamed up in his head. He just, miraculously, had contacts and talked a big game. It worked well enough that he got his own show on a budding internet-based TV network devoted to music.

One of the weirder things he did was schedule bands for multiple interviews. I interviewed several local and national acts for 2 shows in a row. I’m not saying they were bad bands — some of them, I’m still in contact with, and/or I’m still a fan of — but it seemed odd for him to schedule them that way in the first place. It was an hour-long show, with music videos in lieu of commercials. There’s not a lot of meat left on the bone after interviewing a band for 40 minutes.

Which brings us to this story : I had to interview an industrial-thrash-black-metal band out of France called Undercover Slut for 3 shows in a row. The first two interviews were on a Thursday and Friday, they had a gig at Bar Sinister in Hollywood on Saturday, and then I did a follow-up interview with them on Monday.

Who the fuck thought that was a good idea?

In preparation for the interview, I watched the two music videos of theirs we would air during my time slot, and I listened to their most recent CD. Out of 15 tracks, only about 12 were actual songs 2for example, one track was called “Sixty Silent Seconds To Repent For Your Animal Genocide” and it was literally a minute of silence, and only about 2-3 of the tracks made me think “heyy.. not bad”. If they come across this story years from now, I’ll clarify that most of them were actually really fun to hang out with, I’m just not necessarily a big fan of their music. 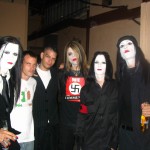 Because they were from France, their lead singer was giddy about our First Amendment laws. To that end, he wore a shirt baring a swastika on it, with a remark about communism, when he was on the air. In France, he’d have been arrested for wearing that shirt. Here in Freedom Land™, there was no such restrictions. When people do dick-headed things and cite free speech, my brain translates that as “my only defense for my actions is that it’s not literally illegal to do this”, and who wants to be that shitty of a human? But, I didn’t stop him from wearing the shirt. Frankly, I thought even mentioning it would make him feel like he’d won some worthless battle.

The first interview was basically me trying to get to know them, and doing what I could to understand their thick accent. That’s to say nothing at all against them — I take that 100% on myself. I can barely speak more than a sentence in any language but English. I intentionally held back a few questions, so I’d have something to ask them the second night.

The second interview was pretty boring for me. I tried to liven things up by making jokes or going off-topic, but there wasn’t much to do. We allowed viewers to send an instant message (by way of AOL Instant Messenger), but they were sent into the control room and I had to wait until a break to read them. Since J hadn’t done much to keep an audience, I’m not even sure how many people would’ve tuned in at the time, but the 2-3 IMs we got were about other bands, and were of no help to me and my sinking ship.

The weekend came and I saw their show at Bar Sinister. They put on a good show, and I hung out with the bassist and drummer throughout the night, knocking back drinks and leering at women. They were fun to hang out with, and I was doing everything I could to find some angle for what to ask them about on Monday’s show.

When Monday came around, I started the show with newfound energy. I was mostly excited that I’d finally be done trying to pull three shows’ worth of interview out of a band I’d never heard of prior to the first interview, but also I had actual questions. I asked about their Bar Sinister show, about how they liked Hollywood, about America, about the “scene” they found themselves in while playing.

During the final break, the singer asked me about “some kind of payment for doing these interviews”. He was smiling, so I thought he was kidding. I did that friendly laugh thing you do when you’re like “I see you’re joking, but you’re not very good at it”, and he got serious. He said “That… uhh… J… he said we’re paid for this. Where is the pay for this?”. I told him the truth — that whatever he worked out with J was on J, and to my knowledge we didn’t pay people for interviews. I told him he’d have to talk to the management.

In the final segment, he turned to the other bandmates and said something that made them all quiet. He then turned to me and said “I’ll be doing the last questions alone”. After that, everything I asked was answered in vague terms, and then he’d make a sly reference to money, or being paid, or me being a liar, or “this M+ is not keeping promises”.

I had to end the show with the stench of awkwardness drifting through the air so thick you could cut it with a knife.

After the show, I had my “producer” talk to them. The producer was some guy hired by Crazy J, and — though we got along pretty well — I could tell he was both “not all there in the head”, and a pretty shitty producer. Anyway, he did the dirty work of talking to the band and figuring out what J had hold them. As it turns out, J did promise them a fee of $200 per interview. He never checked with the station about this, and I’m guessing he figured he’d bullshit his way out of it. In the end, M+ gave them $100 in total for their troubles and then told me that I needed to pre-interview the remainder of the Crazy J schedule and tell them “listen… I know J makes crazy promises and I don’t know what he promised you, but this is just an interview. There’s no money, there’s no promises of how many people will see this interview, and there’s no added perks for being here”.

It’s a fucked-up way to make a first impression, but over those first 2-3 months I learned a lot about how to crank up the charm, disarm anger, and take charge without sounding like a weaseling corporate gimp. I never thought I’d be any good at interviewing, but I actually really enjoyed it, and I had a lot of fun.

After making it through that grueling 3-day interview, I was ready for anything that was thrown at me. It’s that skill that managed to get me through the 2+ years that lay ahead of me. 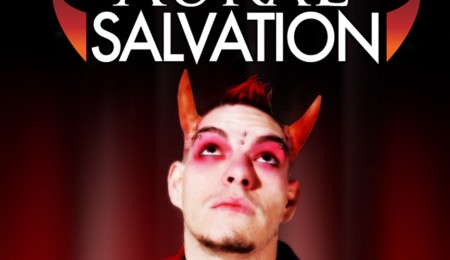 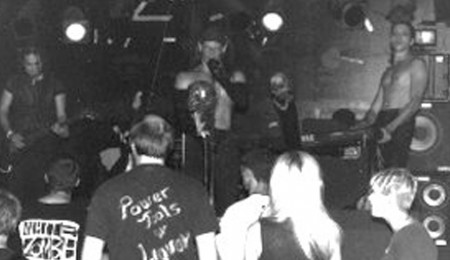 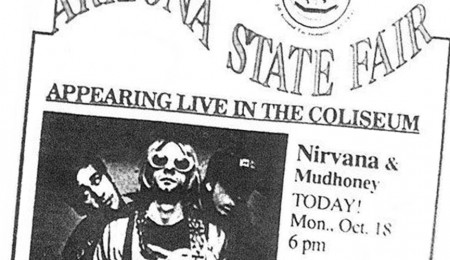 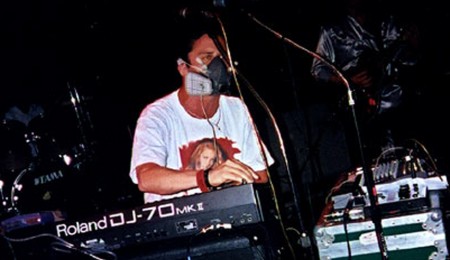