I have now lost both of my parents in the month of September. My mom died in September of 2008. My dad, about an hour ago. 1I wrote this post ahead of time, knowing that – like I did when my mom died – I’d want to alert friends who care, but not want to ...continue.

Would I say he was a great man? Not comfortably, no. A good man? Sure. I can give him that. Great father? Not by a long shot. Good father? At times, yeah. I have some fond childhood memories. I wouldn’t call him a monster, if that’s the bar he needs to clear.

His presence in my life was a welcome one, and there’s definitely a hole in me now that’ll never quite get filled. I owe a lot of my wit, charm, and comedy (and these eyebrows, boy howdy) to him – in spirit, at the very least, if not in direct relation and fact.

On the other hand, it’s hard to praise a man who left my public school teacher mother alone with 2 kids and moved across the country, somehow finding a new girlfriend out in New Orleans a scant few months later. And – get this – we were the second four-person family he abandoned. He abandoned my half-brother & half-sister around the same age he would later abandon us, and would meet my mother maybe a year or so later. It’s a weird pattern he had, I guess.

While my half-brother remained close to him (as far as we can tell), my half-sister pretty clearly kept him at an arm’s length, much like my sister did. I don’t blame anyone for their relationship, or lack thereof, with him. I mean we’re talking about a man who somehow consistently dodged 4 separate child-support payments over the course of 30+ years.

I would often say of my father that he was like an old college buddy. Someone from another life, long ago, that I’d keep in touch with because we still had some fun conversations. But little else about it was anything resembling a “normal” father-son relationship. When I was 19, I asked for a little cash while I was between jobs (like $150, I think). He sent me a check for $50 and – when I called to thank him – told me if I ever asked for money again that he was going to send my half-brother to put me on a plane and move me to Mississippi to live near & work for him (my half-brother, not my dad), so I could get a real man’s job, find a wife, settle down, have some kids, and knock off this starving artist shit. Admittedly, I still thought “the band” was “totally gonna make it, man”, so he wasn’t wildly out of line – but… also I was a fucking 19 yr old kid, y’know?

When I was filming my first comedy special, he was conveniently going to be in Northern California for the PGA tour at Pebble Beach (what he calls Heaven on Earth). He drove here from Texas. I asked if I could put him up in a hotel room for the night so he could see his youngest son perform comedy live for the first time. He said ahh… I don’t wanna miss the first morning tee-offs. Plus, you’re just gonna talk about penises and butts for an hour. I rewrote 60% of that comedy special the week prior to filming it on that comment alone, because I looked at my set list and realized ah shit, he’s kinda right.

My mother, had she been alive, would’ve jogged from her house in Colorado for that. Penis jokes and all.

He was an incredibly entertaining, charming man. I could (and have) sit and talk with him for hours. Hell, I even did a weekly podcast with the guy. When he was diagnosed with dementia a few months ago, I felt like he’d already died. I’d never again call the weird & hilarious old man and laugh about Soprano’s scenes and the metaphors he’d stretch from the tiniest of one-liners shouted by one of Tony’s henchmen.

His charm is probably what got him through life. He made so many misstakes and missteps and catastrophic failures that, by the time he passed, his wife was trying to figure out how Medicaid could assist because he’d been out of work for years, was penniless, and had no insurance of any kind. The irony of his intense hatred for government assistance, and for anyone who relies on such, is thick like molasses.

In his final years, he would refer to his wife as basically my roommate, so I can’t blame her for signing a DNR shortly after he arrived at the hospital. I think she’d had enough as well. Again, no blame from me for their relationship or lack thereof. That she stuck with him for over 30 years is a testament to both her resilience, and his unrelenting charm.

I learned long ago that you can never rely on another human for closure, and this is the harshest I’ve experienced of that harsh truth. He went to his grave probably thinking he’d done alright. He once told me, with a straight face, I’d say I’ve been a good father to my 4 children. I never beat you, was never too tough on you. This is the same man who smashed an acoustic guitar over my 9-year-old back because I couldn’t remember where my key was – only for me, through teary eyes, to look up and see – and remember – that I’d put it on a little hook next to the door leading out of my room (because he was real fucking upset the last time I lost my key, and I wasn’t about to raise his ire again). His response, after trashing my room and bruising my back and breaking the guitar I’d been trying to learn on for months? Well, clean this shit up, and never lose sight of that key!

Anyone who knows me knows I never don’t know where my keys are, and my heart skips a beat if you ask me where your keys are. HOW DO YOU NOT KNOW WHERE YOUR FUCKING KEYS ARE AT ALL TIMES?!? Sorry, I digress.

But, yeah, dad. Sure. You never beat us. You were never too tough. Would I have reminded him of that story if he was lucid enough on a deathbed to hear it? No. To what end? What would either of us gain from that? He can’t take it back. He can’t un-divorce my mom. Un-abandon our family. Un-bankrupt our family. Un-gamble away his life’s savings. Un-whatever-the-fuck-the-real-reason-the-FBI-tapped-our-phones-and-came-to-my-baseball-games-to-keep-an-eye-on-him. You cannot get closure from another person, it’s a selfish pursuit. And one I am now tasked with either ignoring or facing head-on at some point.

Again, he wasn’t a monster. He wasn’t even a BAD person, all told. He always said he was proud of me. He watched all my specials, even though he didn’t like my liberal viewpoints, my potty mouth, my constant dick references. He said I love the way you look up there. You’re so comfortable. So confident. You own that stage. It’s such a pleasure to watch. How did you learn this?. Sure, he would later say about Sebastian Maniscalco “why can’t you be more like him?“, and maybe I kinda hate Maniscalco unfairly because of that, but whatever. When I had a cameo on that TV show Leverage, the 15 seconds I was on-screen was the only thing he never deleted from his TiVo. He watched it once a week, just so it wouldn’t auto-delete. On his desk sat a photo of me shaking the hand of Mickey Mantle, his childhood hero (my mom rejected his plea to name me Mickey and they settled on Mitchell instead – when he saw me for the first time, she said to him Well, Tom, you got your little Mickey).

He loved me. He loved all of his children. I know that. He was proud of each of us, and (at least to me) expressed that pretty regularly in my adult life. Also : he never stopped loving my mom, and never once spoke a bad word about her in all of his life. I can’t even say the same about my cat, who can at times be a real asshole.

I don’t know what emotions I’ll be dealing with in the coming days. I know one day I’m gonna need to unpack my very complicated feelings about my father with a therapist. Beyond that, I guess…

Well, goodbye Dad. I still love you, in spite of everything. Thank you for our time together. 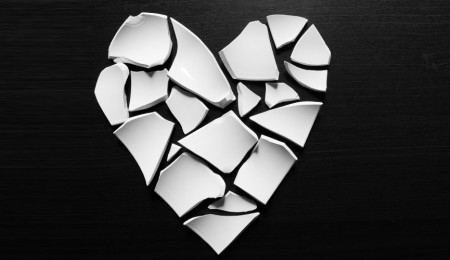 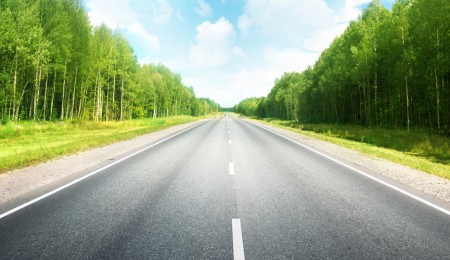 Getting Lost in Mississippi 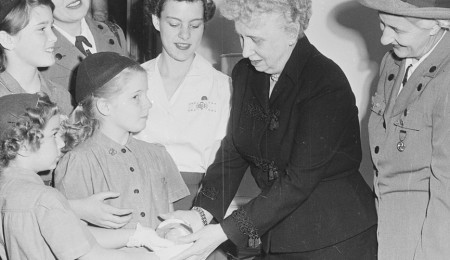 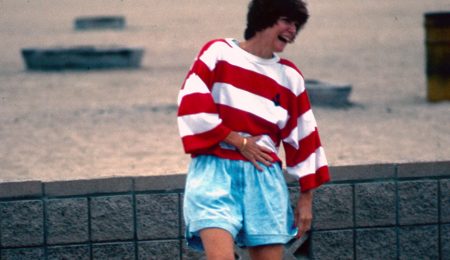