Since I’ve already posted one harrowing story from the 8th grade, I figured I’d follow up with another. This one is way less intense and depressing, but it’s a point of frustration and contention with me. I get that I don’t “look smart” (whatever the fuck that means, but it’s been said many times), and I don’t necessarily blame people for thinking I’m less intelligent than I might otherwise be. The thing is, my mom kept every report card I ever got, along with teachers’ remarks. Every time, they either said “he’s intelligent, but he doesn’t apply himself” or “he’s smart, but he’s disruptive and talks too much”. Some things never change.

I don’t consider myself an intelligent person – I think I’m about average, intelligence-wise, but as an adult I’ve applied myself which is probably where I might seem smarter than I am. As I’ve mentioned before, I don’t let a little thing like “I have no fucking clue what I’m doing” deter me from trying, and learning, and failing, and trying again. Most people I know just throw their hands in the air and say “well, I just don’t know!” and walk away 1unless it’s computer related, in which case, they blow up my phone and then it becomes my project to fix, even if I have no idea how to do it. I know fuck-all about cars, but if you gave me the proper tools and a diagnosis, I could probably stumble my way into fixing it within a few days and some googling. It’s more about motivation than knowledge – I’ve still never changed my own oil, but I’ve never felt like I needed to do that.

But I digress 2as I so often do.

In my English class, our teacher announced that the National Spelling Bee competition was coming up, and our school needed to select students to compete for our chance at the championship. They needed 8 kids – 4 from 7th and 4 from 8th grade – to compete together. She said anyone was welcome to try. Almost everyone opted out, but I jumped at the chance. I wanted the chance to prove I wasn’t an idiot, that I actually knew some shit when I applied myself, because I have a weird complex about feeling like no one gives me enough credit for shit I can actually do, especially when it’s a difficult task. Three other kids in the class reluctantly raised their hands when the teacher said “we need more competitors – who else wants to compete?”. I’ve always been a good speller, so I figured I’d have at least a sporting chance. We went 3 rounds, and I won every round. I was crowned the winner of the preliminary rounds, but I needed to compete with 4 other English classes.

Over the course of the week, I went into competition with about 12 other kids, and again won every round. By the final round, it was down to me and 3 other kids. One of them was this girl (let’s call her Sylvia) who was the classic book nerd / teacher’s pet type. This is a girl who, in fucking 1992, typed all her homework on a computer and printed it out. That kind of teacher’s pet. Another was a kid named Joel (I’m saying his name cause I’ll be showing a photo of him later, and really… who gives a fuck?), who actually came in last place in the final preliminary round against me and Sylvia. Since they needed 4 kids from our grade, those two got picked along with me to compete for the school championship. I can’t recall any details about kid #4, because he didn’t even make it past the first round of that 4-way competition we had, making that final round basically pointless from the outset.

The day of the school competition, there was a small crowd of, I assume, mostly parents and other teachers, and maybe some kids who were in detention or something. It was an after-school event, so I don’t know why anyone would go, but it was early enough in the day (just after school let out) that most parents couldn’t make it 3that would’ve discounted me inviting my mom, but I didn’t tell her about any of this until I was well into high school.

This is before the days of ESPN and helicopter parents trying to document and blow out of proportion every little thing their kids did. This was a chintzy-ass school in a shithole town trying to make a few kids feel smart for a few minutes of their lives. We didn’t get a prep lesson, or a book of common words, or really any explanation whatsoever on how the competition worked. We went from competing in the middle of class for our fellow students to being pitted against each other to be the representative Spell Master 4or whatever the fuck they call it. Spell King? Spell Führer? of our school.

I made my way through the first few rounds, doing the same thing as I’d done in all the other rounds. But, now, we were down to the final round. It was just the three of us. Me, Sylvia, Joel. Sylvia got hit with a difficult word (let’s say it was “onomatopoeia”, just for funsies), and got DING! about 4 letters in. In a spelling bee, the moment you say a wrong letter, they hit a little bell that signifies “oh, you fucked that one up”, and you’re out. You don’t get to mull around and say “FINAL ANSWER!” when you’re ready. You say it right the first time or you’re fucked.

In the final rounds, shit gets rough. Apparently our school wasn’t doing things “by the book” 5as I’ve found out later, by re-telling this story to people who know shit about spelling bees, but their rules were that in the final round you only get the word once, and they won’t use it in a sentence. In every other round (and every spelling bee I’ve seen on TV), they say “word. (pause) word. Using the word in a sentence. word.”. For reasons unknown, they decided the final round would just be “word“, and that was it. Maybe they were afraid of falling asleep from boredom and decided to speed things along. I truly don’t know.

With Sylvia out of the competition, I figured I had this. Both Sylvia and I beat Joel in the preliminary rounds, so I was up against an easy competitor. Two more rounds went by, with Joel getting softball words like “ecstatic” and “appropriate”, while I was getting words like “accommodate” 6fun way to remember how to spell accommodate : it can accommodate two c’s and two m’s! Isn’t spelling fun?! and “prospective” (which sounded a lot like “perspective” when you only hear it once).

I remember Joel getting a really easy word – something like “keyboard” – and I audibly scoffed. He nailed it, of course, and now it was my turn. I don’t know if my audible scoffing changed things, but the word I got sounded like “core”. Now, there’s two very different words that sound like “core”. There’s “corps” like Army Corps, and there’s “core” like the core of an apple. Since they only said it once, and refused to use it in a sentence, I was fucked. I thought I’d pull a clever tactic and spell it both ways. I figured, since Joel got “keyboard”, it’s not entirely unlikely they meant “core”. So, I said.. 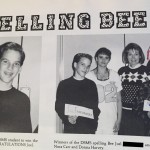 …and it was all over. Joel had won. I misspelled corps in my attempt to figure out which fucking word they fucking meant. He went on to the county spelling bee 7they spun it as “won the regional spelling bee” instead of “got to the county spelling bee and lost in the first round”, … Continue reading, where he lost in the first round – on the word “prehensile” – and the only mention our school ever made of this whole fiasco was a quick 1/3rd page photo op in the yearbook. Unfortunately, while passing my yearbook around to get signed, someone decided to make me look like the devil (which I actually don’t mind, it just ruins showing you the unedited photo for the purposes of this story), but there I am firmly ground in 2nd place.

I will out-spell your face, son. 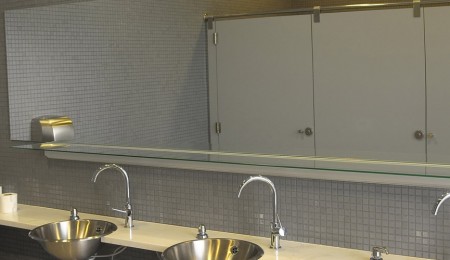 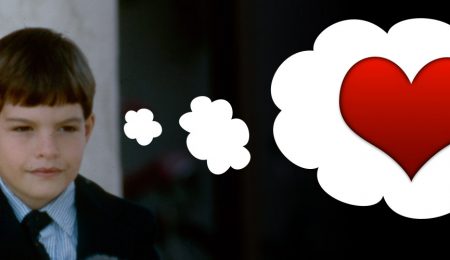 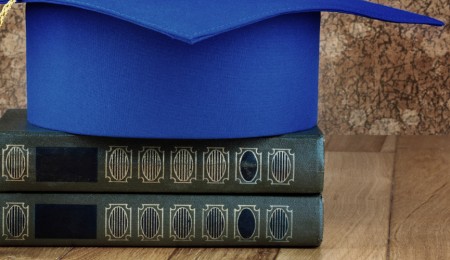 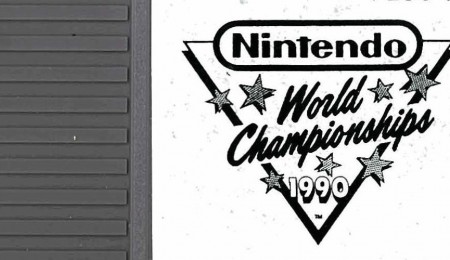